With the immense popularity and success of the Samsung’s flagship model galaxy S4, Samsung has revealed their plans of Samsung galaxy S4 mini. The S4 mini will be comparatively a lighter one in terms of features and specs. The Samsung Galaxy S4 is a larger than life expectation, as it has features which can be even some times never expected to be in mobile phones.
Much similar to a decaffeinated beverage, the Samsung has planned to offer lighter version of the smart phone with the taste of Samsung Galaxy S4 but with the extra specs been pulled down to a little bit. Though, anyone can predict by the very name that the galaxy S4 mini will be a subdued version, it has a less screen resolution, and the camera is 8 mega pixels as compared to the Galaxy S4 13 mega pixel strength. But, in terms of signature specs the mini galaxy S4 also has the built in controller of the television remote.
The main aim and target behind creating the smaller version of the flagship model is to reach out to a bigger mass of people. The stupendous high price of the giant galaxy S4 is certainly a point to be taken into consideration, as most will not be able to reach it. The company previously got their success with S3 mini so the S4 mini was always in their mind. With not much cut down on the signature specs and a reduced price it certainly will seem to give a gateway to a good buying item to try for. 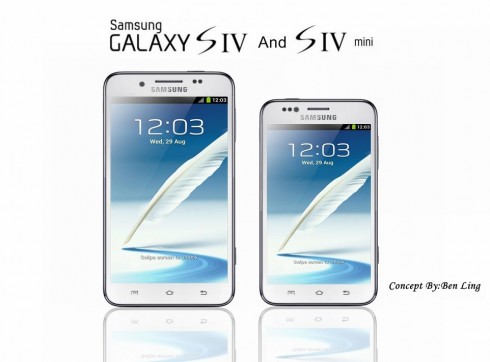 Now let us take a zoomed in look at the galaxy S4 mini
Design: The Samsung mini S4 is comparatively shorter, thicker and a bit wider than the explicit Galaxy S4, but clearly curved out from the same edges.
• Screen quality is the first major difference that can be noted between the Galaxy S4 and the mini
• The S4 mini has 4.3 inch screen with super AMOLOED
• In accordance to finishing, the S4 mini runs parallel to its big sister Galaxy S4.
Operating systems and features:
• The S4 mini runs on android operating system version 4.2.2 under the skins of TouchWhiz layer. One of the important drawback on which this S4 mini will be tested is how far will the operating system will be able to upgrade, as it has often that TouchWhiz obstructs the operating system from upgrading to a further level.
• The TouchWhiz is considered as the house of software. It will host a lot of added new notifications in the S4. The options like air view where you will get to see an on screen curser when place your finger close to the screen.
Performance:
• It is expected that the S4 mini will be having support strength of 6 bands of global LTE.
• It will have 3g and 2g facilities
• It has 1.7 Giga hertz dual core processor
• It has a battery power of 1900 mAh strength
• It has a 8 GB storage and a micro SD card slot which can be expanded upto 64 GB
So, if you are planning to have a S4 with all its specs at a reduced price then you can definitely shoot for S4 mini.