Though the big phones are making in the hot news in the mobile world. But, most of the people still face some adjustability problem, with big screens, and hunt for the small screen versions or the same mobile with a smaller screen. There is a great population of people who will still go in for any day for a smaller screen if given a preference to choose. The Samsung has already their toast of success with their research and marketing strategy through Galaxy S4 mini. Though the Samsung Galaxy S4 has some of specs reduced in its smaller screen version. The next to leap in the same shoes is HTC. The HTC is trying the all out of the goons to make their HTC One a great stand out among the people. They are launching the market this August with a smaller screen version of the HTC One, naming as HTC one mini. 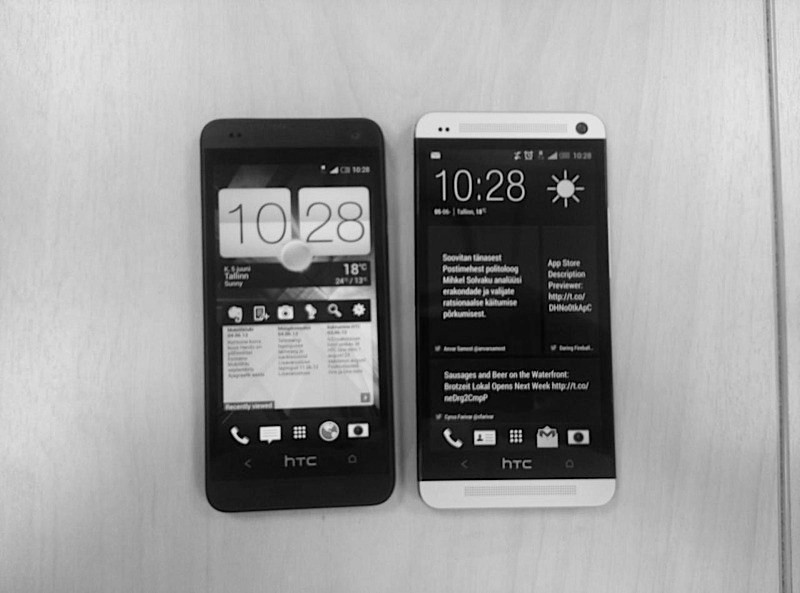 NEWS ON HTC ONE MINI

According to the speculated news that are to be believed we can say that the HTC one mini looks quite similar to that of its main “alma mata`. Though similar in looks but the smaller version of the device looks no way similar in functions and specs as the original HTC One. The smaller version of the HTC one mini lacks in most of iconic features that are available in the main one.
But if one is ready to compromise with the lower capability of the screen display, the low display and resolution to the better outlook of the device at a smarter price tag, then HTC one mini can be one of the best choices to cash on .
Before going to place the order let us take a quick look on some of its features and specs that would be of key interest to you.

• The design is one of the prime areas where the HTC one and the HTC one mini has seen some changes. Though we find the similarity between both the devices in the gripping and it is the same in the durability and texture. The mini version of the smart phone from HTC has sliced down on the aluminium coating.
• The mini HTC also lacks in the polishes in the metal body and the polycarbonate. Some even say that the lacking in design of the device has actually resulted in its keeping the price at a demarcated price and also bring out the product in the consumer market at a very early span of time.
• The HTC one mini weighs much lighter that the original HTC. The reason being that the software and the settings are much more compact and precise in the going to be released smaller version of the HTC one which was not so in the primer version.
• If taken into consideration on the dimension of both the devices, the HTC one mini is not that small, as the difference between the HTC one and HTC one mini is just marginal of 2.7 inches. If looked on the whole comprising of width and length, the dimension just varies in only0.2 inches. Thus, to sum up, though termed a smaller version, but it is not a regular smaller version in size if compared with Galaxy S4 mini.
• The frame of the HTC one mini is quite narrow and short in comparison to that of the bigger version of the HTC one. This seems that the smaller version of the HTC is quite easier to grip and squeeze and easy to reflex where the bigger version of the HTC would run down at risk to show off its sprints.
• The shaving down of the inches from the shelves of the HTC mini will definitely be a major down hit. As though some years ago, people did considered that the use of smart phones over 4 inches could be a gigantic thing, but in today’s world, the bigger the better when it comes to experience classic features.

Undoubtedly when one uses the device can feel the best part of the smart phone’s mini version is its camera. The HTC one mini comes in the package sensors same as it was seen in the original bigger version of the HTC One.

As said by the HTC officials that the HTC one mini will be available to the global commercial market in this August. Though nothing much about the price of the smart phone smaller version has been disclosed. So, check in more for this section for its release.