Review of: iPhone 6s Plus

The iPhone 6s Plus is a big, beautiful phone—with equal emphasis on both. It's an ideal two-handed device and is fantastic for games, media, and productivity, but the size of the standard iPhone 6s make the smaller phone better suited for most users.

The handset from Apple namely iPhone 6S confirms more relations with the user due to the newly introduced feature, screen sensitive to pressure. It also offers better camera specifics compared to iPhone 6, and better battery compared to iPhone 6S. If more explored it seems that iPhone 6S Plus is the new phablet from Apple family. When looked on iPhone 6S and iPhone 6S Plus by placing then side by side, we may not find much differences visibly. But when looked into the deep, we could differentiate both with distinct features.

Differences When Compared to iPhone 6S 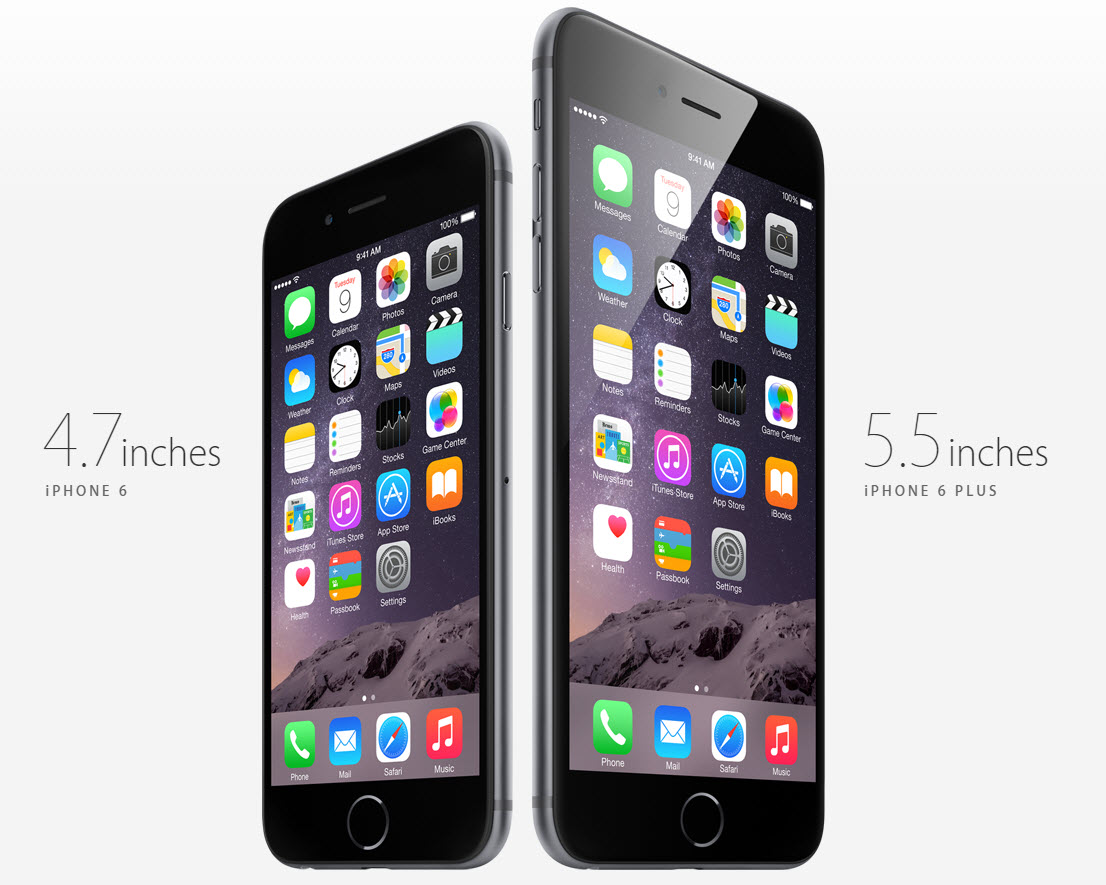 As I mentioned earlier, it is hard to differentiate both the handsets by simply looking on them. With a weight of 192 grams and thickness measuring to 7.3mm, the handset is thicker and heavier than Samsung’sGalaxy S6 Edge+ which is 6.9mm thick and weighs 153 grams. It is also heavier and thicker than Nexus 6P from Google which weighs 178 grams and 7.3mm thick. The 5.5 inched screen with a resolution of 1080 pixels looks alike with that of 6S, but delivers an accurate crystal clear clarity.

The screen is as wide as 5.5 inches with a screen resolution of 1080 pixels along with 401 PPI. The dimensions measures to be 158.2*77.9*7.3mm along with a weight of 192 grams. It is slightly heavier and thicker than both Samsung Galaxy S6 Edge+ and Google Nexus 6P. Also Apple has designed an outer case made of high class aluminium underlining the durability of the handset. This also prevents the common feature of iPhones known as Bendagte, which means the handsets gets slightly folded when placed inside pant’s pockets which are tight.The LCD Retina display provides crystal clear vision to its users and is colour accurate. This is coupled with 401 PPI making it equal with OnePlus2 in sharpness.But it is quite low when compared to 538 PPI of G4 from LG and 518 PPI of new Phablet from Google. Still it managed to display texts with much clarity and sharper on the screen, which will definitely please the users.

The iPhone 6S Plus is loaded with latest dual core A9 processor with an inbuilt RAM of 2GB. Apple claims that this processor is capable of completing processes with almost 70% faster than the old A8 processors. But when they are compared to Samsung Galaxy S6, the performance level is not that as expected. It works with great speed while loading certain applications and also while changing between certain applications. This performance change can also be witnessed while using Siri features which are fresh to iOS 9. Certain games with advanced graphics also play well in this latest chipset.

The phone normally doesn’t heat up when used. Call quality also stays elegant even during WiFi calling. Apple launched various variants of iPhone 6S Plus based on their storage capabilities. They have launched 16GB, 64GB and 128GB variants. These are inbuilt storage capabilities available with iPhone. The RAM is said to be 2GB which is low enough power up such an elegant device.

All the latest devices launched by Apple runs on iOS9. iPhone 6S Plus also runs on iOS 9. The new chipset along with latest operating system guarantees the smooth functioning of the handset. The most extensive changes comes to Siri suggest, where the phrase ‘Hey Siri’, could make the handset live from sleep. But to make the settings, you must require a calm environment without any noise. Even in this environment it would require many repetitions to get the phrase set. This feature is also available in other iPhones but it is applicable only when it is plugged-in.

The highlight of iPhone 6S Plus is the pressure sensitive display. It allows more options according to the way you keep pressing on the screen. This will help you to view the contents of an email or a message without opening it, just by pressing harder. If you release your thumb and press again you can enter the email or message and read it. It can be used as a means to understand the contents of a message or email, without entering it. It also saves your time as well.Icons of various applications can also be operated using 3D touch feature. This will open the quick action menu. Tapping takes you directly towards compose screen of the mail or message typing screen. The apps that are downloaded from the store can be controlled also with this feature. When checked with Evernote, it helped in going directly to camera and makes a photo note. It is expected that more apps will be launched with 3D Touch compatibility which would become an extensively star feature for iPhone.

iPhone 6S Plus has been loaded with new Touch ID sensor, which works much faster when compared to those in iPhone 6 and 5S. This means that this particular application in 6S Plus helps you open up the handset much faster than iPhone 6 or 5S. It can be termed as one of the swiftest and accurate fingerprint scanners in the market but unfortunately only after Huawei’s fingerprint scanner. 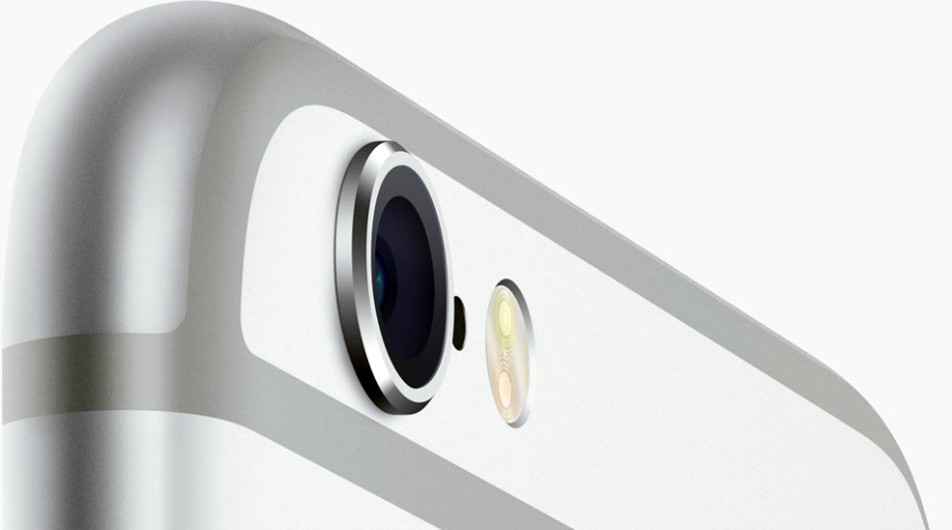 Apart from the previous handsets, new 6S Plus is loaded with lens having power of 12MP delivering a picture quality equivalent to that of Samsung Galaxy S6 and LG G4. The pic is being captured with better colour equilibrium and balance. It can even capture quality pics in dim light as well. Video capturing has also been improved. It can record upto 300MB in a minute with 4K quality which is nearly 3 times the storage required for 1080 pixel video. But the problem is that the setting to record 4K video cannot be easily found out.The front camera also improved from 1.2MP to 5MP which will ensure better selfie images as well as help in having video chatting. The flash works well for the front cam helps you capture images with enough light and clarity. Apple Live Photos are a new feature to 6S Plus. They record videos with 1.5 seconds before and after having the photograph which is almost similar to Zoe Feature in HTC. But they take almost twice the space of an image and find it difficult to share it with your friends. They can be used and set as wallpapers for your screen.

The Apple has launched mainly three variants of 6S Plus. The 16GB variant costs you about £619 whereas the 64GB will cost you nearly £699. The 128GB model comes with a tag of £789. These models are also available in silver, dark grey, gold and pint colour variants. It is better to have an iPhone having more storage inorder to store images, videos, applications and this is also essential for its smooth functioning also.

The battery of the new handset also enhanced. The new battery is Li-Po battery with a capacity of 2750mAh. This has improved the standby time to 384 hours for the new 6S Plus. On testing it lasted for 25 hours while continuous exchange of emails and notifications. You have to charge it once in a day to the full to keep it alive for the whole day. The low power mode may help you to keep it alive for couple of hours more than the usual.

iPhone 6S Plus is the best ever available phablet from Apple. It cannot be considered as a major upgradation from existing 6S, but is wider and thicker than iPhone 6S. The 3D Touch functions on its best and help the user to grab infos without getting into applications like mail and messages. Also the Touch ID functions more swiftly and accurately. The new processor of A9 is much faster than A8. Also the improved camera lens delivers more picture quality than the earlier ones.