Sony sports its current flagship handset which they calls Xperia Z4v, is an exclusive Verizon rooms with certain upgrades when compared to Z3+. These upgrades include the 5.2 inch wide WQHD display when compared to 1080 Z3+. But the major one comes in the case of charging section. The new handset has got a in-built Qi in addition to PMA Wireless charging provision. 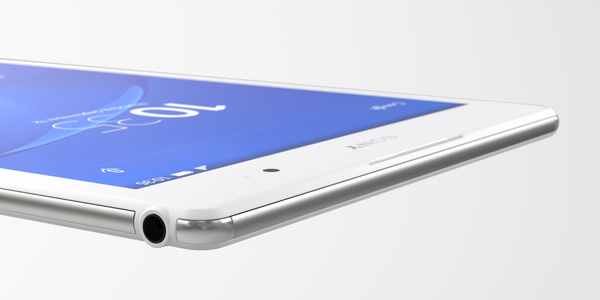 The battery also bumped up from 2930mAh to 3000mAh facilitating a stand-by time of 590 hours in 2G and 580 hours in 3G. The high capacity non-removable Li-Ion battery supports a talk time of 17 hours over 2G and provide a music playback support of 95 hours. On coming to the physical appearance, the handset has altered the positions of front facing camera and sensors, when compared to Z3+. Also Z4v is 1.7mm thicker than the previous models weighing almost 18 grams more than them. Rest of the specifics remains the same.

The handset has got an in-built memory of 32GB along with that it promises to have a RAM of 3GB, which ensures that Z4v functions without any lags. It also has got an external memory which can be expanded upto 128GB with the help of microSD memory card. The primary camera comes with pretty good power of 20.7MP supporting a resolution of 5248*3936 pixels along with autofocus and LED flash. It has also perfected with 1/2.3 inches sensor size along with geo tagging, touch focus, face detection, HD recording and panorama. Z4v also has got a front cam with 5.1MP lens supporting HD recording of 1080pixels @30 frames per sec.

Like the predecessors, Z4v also got an Accelerometer, Gyro, Proximity, Compass and Barometer. With the help of Quick Charge 2.0, the battery can be juiced up at a pace of 60% in just 30 minutes. This is in addition to wireless charging facility with the help of Qi/PMA. Like Z3+, Z4v also has an active noise cancellation along with a dedicated mic. The new flagship smartphone has got a media player supporting video formats like Xvid, MP4 and H.265. It also has a music player supporting MP3, eAAC+, WAV and Flac formats. It has a Document viewer that helps the user to view important doc files over the smartphone and also got an inbuilt video and photo editor.