This is how a product launch event should be conducted. A product launch is always noticed with these kinds of unexpected events. This year Microsoft made its launch event memorable by launching its lap-cum-tab hybrid named Surface Book, along with its anticipated gadgets Surface Pro 4 tab and Lumia 950, 950XL smartphones. Microsoft launched this latest laptop as a rival to MacBook from Apple. Now let us have a look on its specifications and find out what makes a real competitor to Apple MacBook.

The hybrid laptop is loaded with the newest processors from Intel family supported by Nvidia GeForce Graphics. The processor is loaded with GDDR5 memory. The company claims that the system stays alive for upto 12 hours on battery. The trackpad is made of glass with proximity and has got 5 touch points. Microsoft also promises that the device delivers state of art key stroke. The keyboard is loaded with backlit feature which enables the user to type even at night. Also the processor functions so silently and accurately.The Surface Book is loaded with a screen of 13.5 inches along with the feature called PixelSense. It has got a pixel density of 267PPI along with a resolution of 6 million pixels. The screen size of Surface Book is larger than Surface Pro 4 by just 1.5 inches. In the midst of all these Microsoft brands it an Ultimate Laptop.Just like you I am also confused now. They have launched Surface Pro 4 by saying that it will perfectly serve the purpose of a full-fledged laptop. After that they have launched Surface Book by saying that it is the ultimate laptop. But when looked closely, we can understand, there is no mere element for any confusion. Since Surface Book has been launched as a hybrid and is when specs are considered it is far more powerful than Surface Pro 4. 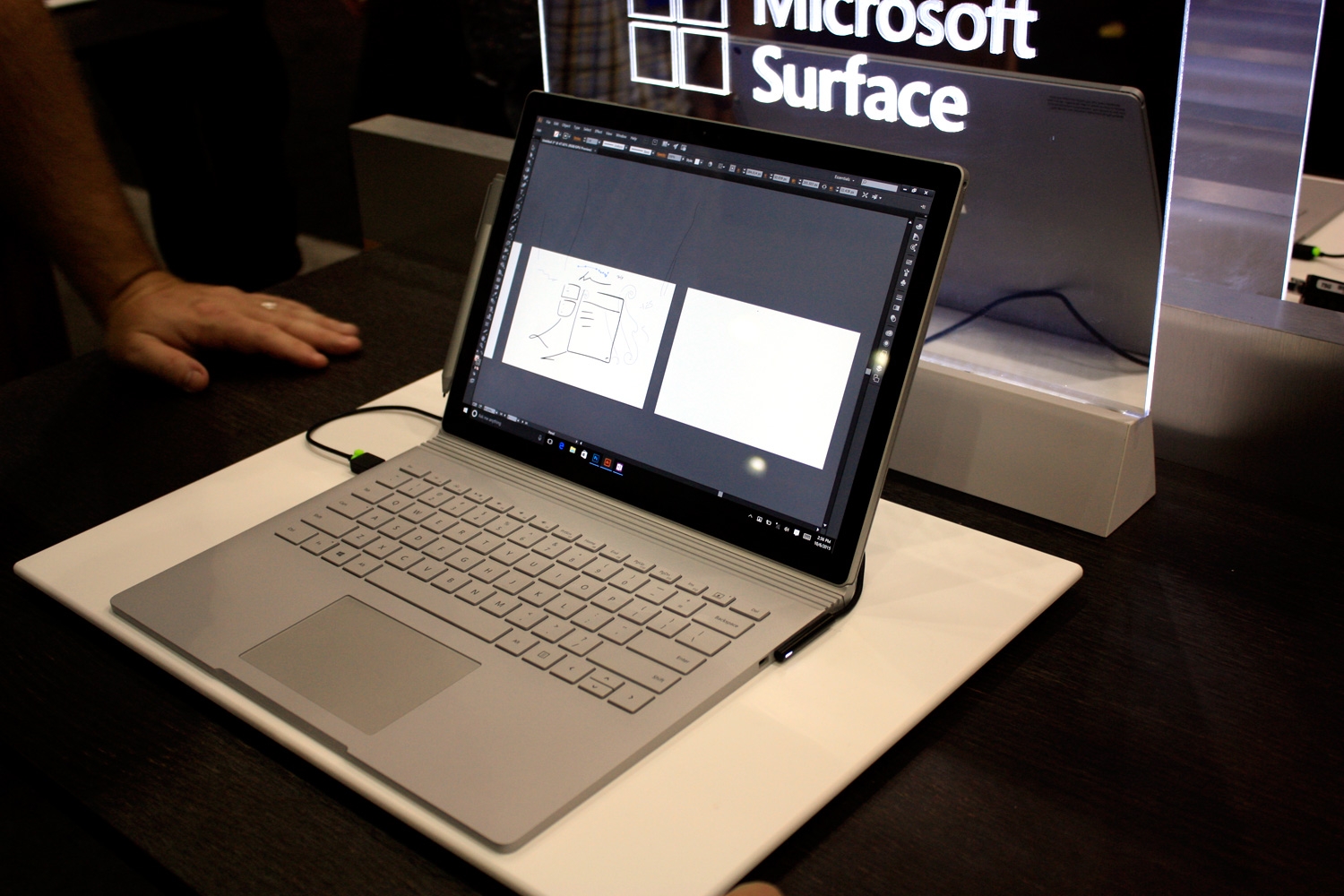 Microsoft claims that Surface Book is the slimmest as well as powerful laptop ever made in this world. They weigh just 1.6 pounds and is nearly 7.7 mm thick. When compared to Apple MacBook, the company claims that it is twice as fast as MacBook. This makes the hybrid laptop a real competitor to Apple MacBook. Also the hinges are made as wide, allowing it to get separated from keyboard portion so easily and effortlessly. Microsoft named these hinges as Dynamic Fulcrum Hinge.Apple’s MacBook doesn’t support pen and touch. But the Surface Book is aided by pen and touch. Along with Surface Book, you are allowed to use Surface dock as well as SD memory card.

The cost of Surface Books starts from a fair price of $1499. Just like Surface Pro 4, you are allowed to pre-order the device. Microsoft promised that the device will be available by 26th of October. With the premium features and hybrid nature Surface Book is expected to give a tough competition to MacBook series of Apple.