The leading mobile giants, Samsung are seems to be on a Roler Coster ride with their smart phones and tablets. Samsung has changed the meaning of mobile devices and the usage of mobile devices and accessories as a whole new stream. In the month of July, day 7th the Samsung is coming out in flying colors with their latest tablet Samsung Tab S3. The device will be launched in US on that day. 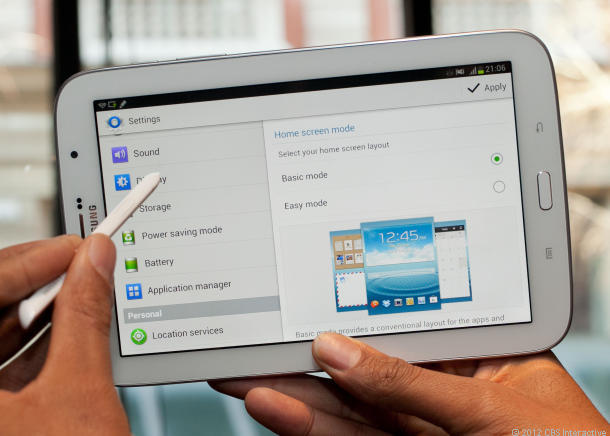 THE ADVENT OF THE DAY

The news of the galaxy tab 3 was coming around for quite a long time. It was only a countering number of days when the Samsung’s yet another highly recommended tablet will hit the floors. Finally the day is announced, and it is on July 7th, the Samsung has chosen the US market as their launch pad for the tablet device. The craze for the Samsung Galaxy Tab seems to reach high end skies as the pre booking for the yet to be released model from the Samsung will start from last week of June. The enthusiasm among the gadget lovers is already on its peak.

The yet to be launched tablet from the electronic giants Samsung, Galaxy Tab 3 is kept at a price of $199. The device will be officially launched and people in America will enjoy the legacy of being the first ones to check the Galaxy Tab 3 live. Though there is not much of the real time specifications highlight that the going to be launched Galaxy tab 3 will give you. Owning or possessing a galaxy tab 3 in your kitty will be a worthwhile attempt though shedding the minor updates in specs. But, as there are still no such confirmed news regarding the nexus range, so still people have to keep their fingers cross that whether the device will be awarded a clean chit by the reviewers and customers.
When galaxy tab news first flashed in some months back, it was heard that the screen size of the tablet will available in two different themes. They will be of 8 inches and other of 1.1 inches, but as the Samsung likes to pour in surprises and make some more substitutes, thus just before few days before the doomsday, Samsung confirmed that yet to released galaxy tablet 3, from the Samsung will be available in 7 inches screen also.

The specifications in the Galaxy Tab 3.7.0 seem not so catchy for the eyes. There are no such modifications done on the specifications zone. The yet to released 7 inches screen galaxy tab 3 is priced at $199. Though the Galaxy tab 3.7.0 has no such mouth watering specifications that can be a breath taking but the storage capacity in the latest yet to release model has something to talk about. The device comes in with a 1.2.3 GHz processor of dual core in built in it. The camera also has some kudos in the kitty. The rear facing end of the camera will see the lenses to strength of 3 megapixels while the front camera will have 1.3 mega pixels.

When we gauge through the 8 inches screen galaxy tab 3, we do feel geeky, and try to find resemblance of the model with the Galaxy Note8.0. Though the 8 inches screen galaxy 3.8.0 is the updated version of the 7 inches screen tablet. But people will hardly find any similarity between the two models. Nobody if untold can even think that both models are coming under the same series. Resembling more close to the Note8.0 the galaxy 3.8.0 has a much nicer screen of display specifications and other functionalities which seemed to be missing in its previous model. The model comes in with the storage capacity of 16 GB, though it is to be noted that only 11.26 GB of the storage can be customized. It comes in with camera in the rear end packed with 5 mega pixels in it. The device is compatible with latest version of Android and runs on 4.2.

In respect to all the other specifications the 10.1 inches screen is more or less in close connection with its previous model galaxy Tab 3.8.0. But the screen through its model name can be seen it has a much bigger and wider screen, but the most talked part which makes it the exclusive one for any gadget lover is the central processing unit of 1.6 Ghz from the Intel.

Thus, with all these we can sum up that we are expecting some great results for yet to release Galaxy Tab 3 on 7th July.