If you are unable to track all the latest series invention from the galaxy range of Samsung then you are not alone.

The Note is still a newbie in the gadget world of mobiles in comparison to tablets. To get into a deep dig in the galaxy Note series of Samsung we can come across with some interesting facts.

The galaxy Note 2 which has an SIM card option and a screen of 5.5 inch, this particular Note is more inclined towards the category of phone than a tablet. But the latest Samsung galaxy note 8.0 has no slot for the option of inserting any SIM card, which makes it quite similar to its biggie Samsung Galaxy Note 10.1. This particular function actually puts it in the tablet category and not in the mobile phone zone.

The Samsung Galaxy note 8.0 comes in a pretty big screen of 8 inches; it’s not of a size to fit in the trouser pockets but can easily slip in hand bags. If one is looking for tablet which can be hardy material and at the same time explicit in its design then Galaxy note of 8 inches can be a good bet to try for. 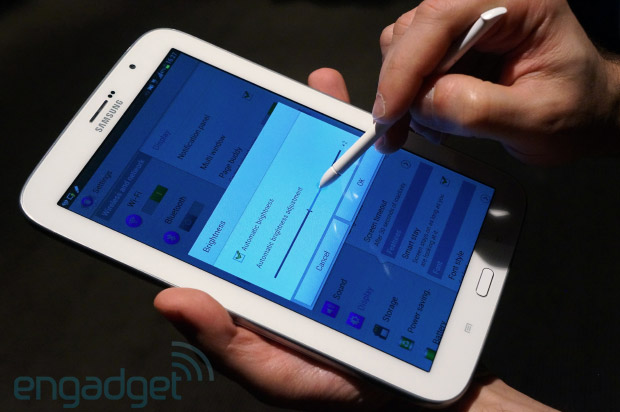 So, let us now look at some of the specs of the Note 8.0, which will persuade you to cash on this high end tablet.

Thus, with a hugely powerful processor, a bright and powerful resolution screen and S Pen software we can easily enjoy the uniqueness that this model brings.  If one is not searching for phone related functions in this tablet, then this can be the best choice for you.