Great entertainment device, Very easy to use as it is slim & fast. It's slightly heavier when compared to other tablets.

Similar to its previous Wi-Fi model, the high definition Kindle fire which has a screen of 8.9 inches and has 4G LTE has a grand display capability.

The display power results in 1920 x 1200 display resolution. It has great and powerful audio speaker. The Amazon kindle fire HD is the home to access the large library of contents and articles hosted in Amazon. Through the special added feature of 4G LTE you can easily get an added portability layer inbuilt in the Amazon kindle fire HD.

Though, the Amazon kindle fire HD is priced quite less than its other contemporaries with similar features, so let us check out the real specs of this model. When checking the model we also have to take into considerations of the price and its qualities. 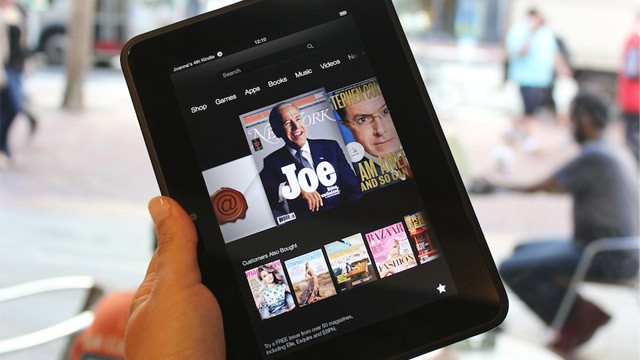 Thus, to sum up, the Amazon kindle fire HD is a good choice with its great features and reasonable price than its contemporaries.