In an attempt to provide a tough competition for the fellow competitors in the handset market, the Russian Company  YOTA PHONE  is all set to challenge American and Asian manufactures. Yotaphone 2 is for sure is one of the idiosyncratic Smartphone that enchants consumers but a bit expensive. It is indeed a second generation Smartphone with improved specs. The E-ink display is wonderfully novel and this interesting linking of LCD and E-ink makes it quite cool. The phone is a welcome upgrade despite of its flaws. A crisp and refreshing design, high-end specs and high resolution display is intended to offer picture postcard realism. 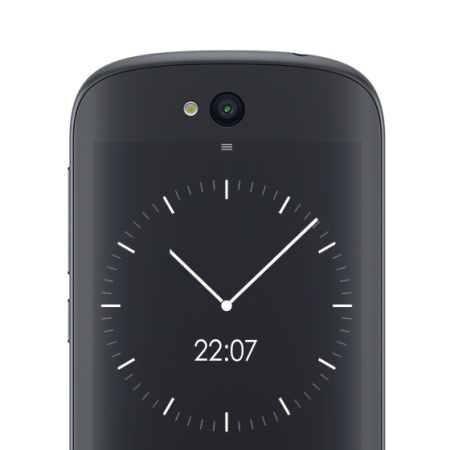 Making a handset with E-ink display is challenging in its own way and YOTA Devices at least succeeded in giving it a legitimate try. Though it possesses a limited mainstream appeal the second screen with E-ink technology is a forte.

No such comprehensive changes were made in the main display for Yotaphone2 in accordance with its first generation Smartphone. It is thus almost same to its prototype. Its blocky build witnessed a replacement with soft and sweeping corners. It possesses a charming and pleasing oblong shape that can attract many nevertheless the price tag. It is indeed a husky device and a resultant extravaganza of neat and steady art of Engineering.

It has a 5 inch front facing 1920*1080p AMOLED Retina display and 4.7 inch 960*540, along with 16 level Gray Scale E-ink technology. A pixel density of 441 and 68.76% Screen to body ratio along with the additional features; Light sensor and Proximity sensor constitutes its Display. Sometimes one cannot be blamed for feeling that the Smarty possesses, over fidget auto-brightness setting. The sunlight readability of the handset is pretty much good thus can be user friendly. The E-ink keeps the display on, even if the battery is drained. It has a protective curved damage resistance Gorilla Glass. It makes the handset hard to flex by any degree. Both these displays provide the option of touchscreen making the user ease in interacting with them via fingertips

It is powered by Qualcomm Snapdragon 800 chipset with 2GB RAM. The battery capacity is of 2,500mAh and offers a wireless charging. Yotaphone 2 also has a microUSB 2.0 with SlimPort. The Yotamirror feature is something that makes the phone a variant. It allows the user to take advantage of android user interface. But it comes with a slight problem that the rear display might get unlocked along with the front display getting locked for both cannot function simultaneously. The E-ink screen reacts to the three figure lock gesture that’s enabled as default in Android and the issue can be resolved by turning off the setting. The refresh rate and responsive capacity of E-ink display higly depends on the software platform.

Yotaphone 2 runs in Android KitKat 4.4.3. It has a vivid collection of exciting apps, strikingly an alarm app which makes the screen flash in delightful way. When we turn on the phone the screen will shine around the edges. Bezel less design advantages the Aquos Crystal. Another app that has an effect is the multilingual translation app. The messaging and calendar app features in the handset. In addition to the mirrored UI, YotaHub allows to choose Yotacover or Yotapanel. One can opt for more privacy and thus can choose to see only a picture of our choice and information about incoming calls, emails, and notification apps that can’t be turned off.  The phone offers you a tutorial for using the Second screen. There is a bug that makes the Wi-Fi often go off forcing a reboot to resolve it.  It is not bloated software.

Four customizable panels are offered by Yotapanel, and it displays information via a set of widgets. Default compositions can be chosen for each panel along with an e-book reader and the option of choosing various layout grids. The Yotaphone2 software and management of dual screen allows a unique flexibility with customizations really complete. 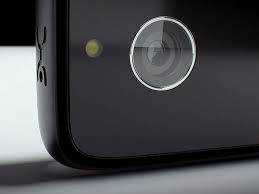 Now a days Handset makers are forced to be competitive with its Camera and Multimedia features. A handset is often chosen with respect to the clarity and performance of its camera in producing a picturesque of surreal image. The art of photography needs a finishing touch with the help of the device to portray a panoramic picture. Yotaphone2 thus tried there level best to be competitive in this realm of photography and multimedia. It uses stock Android camera app and have a modes like Panorama and Photo Sphere. It is boosted by 8MP main camera and 2.1MP front facing camera. An internal storage of 32GB provides a space for greater quality video/photo collection in your Smartphone. An audio white balance setting doesn’t cope well along with an artificial light. The camera works better in bright sunlight. HDR mode adds to intensity and contrast. Performance under low light conditions is too low than one would expect. Audio capture is pretty much ok and with video it lacks stabilization.  But the camera offers a better ‘Selfie’ options for it is by mirroring camera app on the rear, E-ink display.

In its clear attempt to make the handset affordable Yotaphone2 surprisingly didn’t compromised on its performance. The specs have an extra attraction that differ the Smartphone. It has a quad core 2.2 GHz Snapdragon 800 chip along with 2GB RAM. It possesses 2500mAh lithium battery. The YotaEnergy application helps to choose to limit certain functions to increase the autonomy. The stand -by power consumption is minimal.

With the range of $555 and 700 Euro in Europe it is a bit expensive purchase. Exceptions of a little misses here and there Yotaphone2 can be a variety try. It is indeed has its focus on exclusivity and build quality. It is an interesting and cool Smartphone from the Russian manufactures though it might not be appealing to mainstream consumers.