There is no exaggeration in calling Oneplus One as Flagship killer as we can see it’s entirely true considering what specification the device have. They proved their “Never Settle” design philosophy with this device.

The design never gives us any clue about the price the phone comes in; it has a premium look that we wouldn’t even come across any other flagship phone. We have a 5.5 inch 1080p capacitive touch screen display in the front .The phone is of course tall but the tapered design makes it easy to hold. Its 8.9 mm thick, weighs at 162 g and has a good physical key placement, we can see the power button on the right and volume rockers at the left. 3.5 mm headphone jack is placed on top and the microUSB, between the two bottom facing speakers. There are tri-microphones with noise cancellation. The phone comes in two colors, Silky white and Sandstone black. The texture also changes with the color, we can see smooth matte finish for the silky white and sandpaper like texture in the sandstone black. Whole device is wrapped with chrome rim, which adds more premium feel to the device.

The phone boasts a 5.5 inch LTPS IPS with TOL display with 1080p full HD 1920X1080 resolution and 401 ppi pixel density .The screen is protected with Corning gorilla glass 3.we can adjust the screen color manually in this device, also its hue, saturation and contrast.

The primary camera has a 13 MP Sony Exmor IMX214 sensor and six lenses to avoid distortion. It has dual LED flash and f/2.0 aperture which delivers great shots at low light. There is a 5MP distortion free front camera as well. The phone supports 4K recording also. 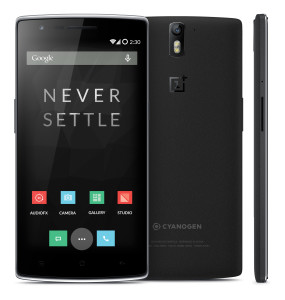 The phone runs on Cyanogen mod 11S open source OS based on Android 4.4.2 custom built for Oneplus One. It runs smoothly without any lags and performs well. It also support gestures (circle for camera, ’V’ for flash etc). It also has double tap function to wake the screen, just like the knock on feature we saw in the Galaxy devices. 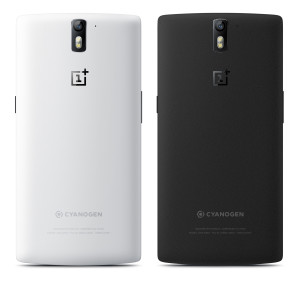 It is definitely a standalone device and flagship killer. The phone is competitively priced at $299 for the 16 GB version and $349 for the 64 GB version. The product launch happened some months before but the availability is very limited and those who are registered will get the phone, if they are fortunate enough to get invitation from the company to buy it. That’s disappointing for a device like this and I don’t think that’s good marketing considering its demand, and hope it will change soon.