WHAT IS NOKIA GLANCE 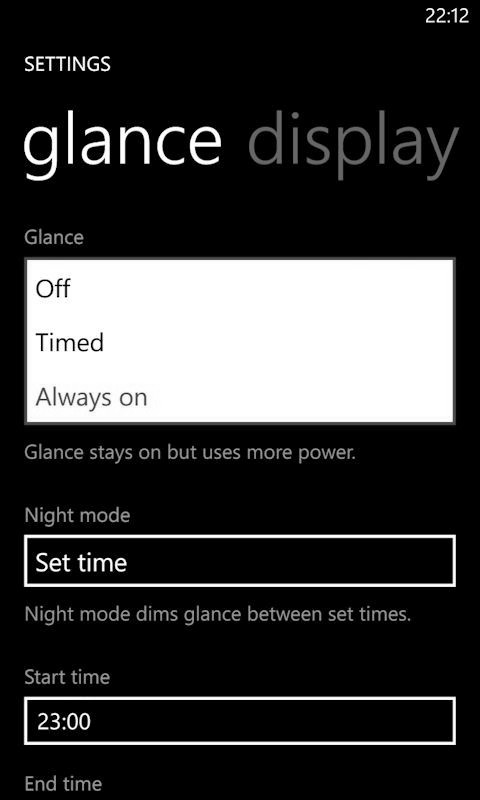 The Nokia glance is an online clock feature that is said to be enabled in windows 8 in all Lumia devices. Though it is said and it is quite a confirm news now that there are some Lumia devices that are kept out of this feature being applicable in them. The reason for this obstruction on certain devices is primarily because of the screen resolution factor in these devices. The Nokia Glance feature has actually engulfed in the new tug of war between the screen resolutions qualities of AMOLEAD and LCD.

NOKIA GLACE AT A LOOK

The newly enhanced Nokia glance is an online standby clock that can be seen in the screen of the smart phone devices. The Nokia glance also acts as a notification to set alert o the battery level consumption of the device. The glace comes in with a double click mode to activate the phone. Its main function is the stand by clock which can be seen in display even when you are not using the phone. If one is in need to know the time, then he or she will not have to click on the start button to check in the time, the Nokia glance clock will be enough to serve the purpose.
This on clock from the Nokia Lumia range was first seen through the Nokia Lumia 925. Though it was said at time itself that other devices will soon be experiencing this feature in their Lumia handsets through the Amber upgrade. But there is one restriction that this feature posses of and that is, it will not support on Lumia devices that are supported by LCD screens. Though this features works in as the alternate to your otherwise off display and uses battery, but that is quite negligible to take into consideration.
The Nokia Glace comes in with an auto turn off capability enabled. To explain this we can say that when the smart phone is kept inside pocket is turned off and when pulled out it will atomically be charged on to give its function and details.
The Nokia glance has the “night mode” function also in it. This feature can be seen at night or in dark rooms where it will not be so bright like the usual day light ode and the gray clock will be replaced with a red colour clock to do the proceedings and functions.
Some of the other feature that it has includes the vibrator mode during the charging the device.

Looks great but all anxious users are waiting for the Amber updates to roll out so that they can experience this all new feature in their Lumia devices.