There is always a never ending saga to leaks of the technical specs of a device. This time also, there was no difference. The Google upcoming nexus smart phone technicalities were the main cause of all hysteria for quite a few months now. But, it is only now that we can be confirmed about some of the specs that can be seen in LG Nexus 5 model. The reason for this is that android police got to get the hand on view on the service manual of the near official draft of 280 odd pages. According to the manual the device is still named as LG D821.

The very first view on the opening of the more so official draft of manual, one can clearly say that LG is no way fooling others. The manual is covered with lots of illustrations related to hardware and technicalities which implies a more like nexus 7 like specs at the rear end. The manual is rich with images, flow charts, diagrams and silicon. Though in the FCC filing, some of the specs already came to lime light like the screen of 4.95 inches, IPS display of 1080 pixels. The earlier filing also suggested that the device will roll in with a processor of 2.4 GHz and a QUALCOMM snapdragon of 800. The device will also have a storage capacity of 2 GB RAM. But the newly leaked manual is sure to make the upcoming model shine all the way through by adding some special credibility to its kitty. 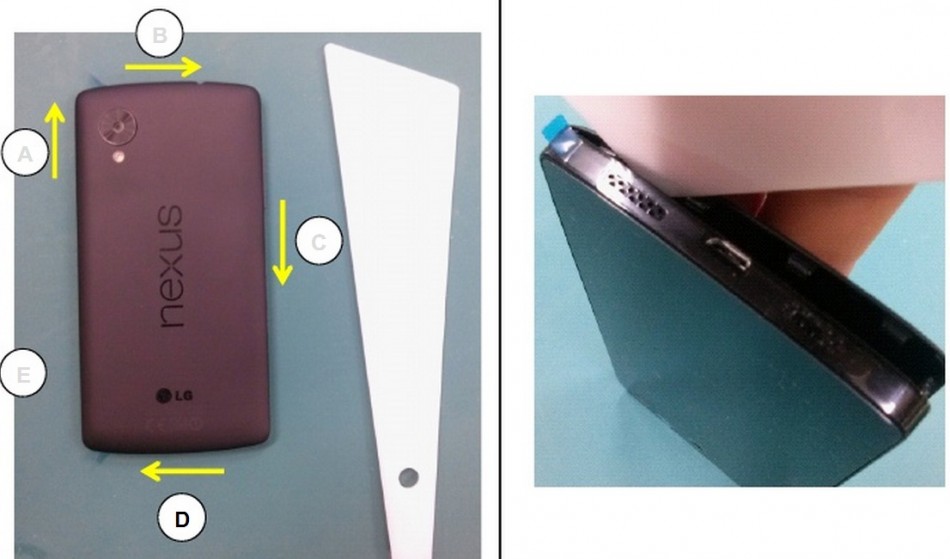 According to the reliable sources who gathered the hands on leaked manual, the device will feature either 16GB or 32 GB internal storage variants. The upcoming smart phone will arrive with an LTE radio and the camera specifications will include a 8 mega pixels camera in the rear end, with an image stabilization sensor, though there is no such mention whether it will have the crazy Nikon techs in it or not . The device will have the notification lights back in this model, there is wireless charging option, and NFC is also included. But if one is expecting too much on the legibility then, there is not so much of lights to through on it as it is just a little higher than the Nexus 4 , it will be packed with 2300 mAh battery while the Nexus 4 stands at 2100 mAh.

With the first look of the design, one can get a feel that this may be a slightly edgy and redefined look of the LG G2. With the specs to read in, one can easily confuse it with LG G2. The LG G2 series was one of the incredible series; it seems like the modified G2 in the software with the bug fixes, and a smaller screen and lesser resolution. Though there is no such official confirmation as to when will be the Nexus 5 sail to the consumer market, but as per the market muse it can be seen in either year end or early next year.