A new Android running smartphone has been launched by Honor; the sub brand of Huawei in the form of Honor 8 Lite in Finland. It is an obviously cheapest version than the earlier flagship Smartphone.

The Smartphone comes up with a 5.2 inch Full HD IPS LCD display protected by 2.5D Curved Gorilla Glass. It seems to carry a sibling bond with Honor 8 with the exception of single camera module at the rear and the processor under the hood. Huawei opted the mid –range Kirin 655 SoC for Honor 8 Lite. Its in-house processor is of 16nm and uses Mali T830 MP2 GPU. It possesses 3 GB RAM and 16GB on-board storage. 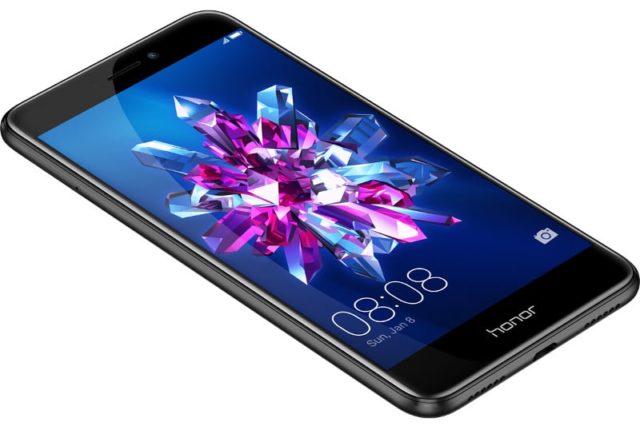 When it comes to the cameras, it has a single 12MP f/2.2 rear sensor unlike the dual rear set up of Honor 8. It also misses out Laser Autofocus technology. The smartphone also has an 8MP front facing camera. It also has 3,000 mAh battery with USB Type C and hybrid dual SIM with 4G VoLTE.

Apart from these what features the new Honor 8 Lite is the EMUI 5.0 build running on top of Android Nougat 7.0. Honor 8 Lite is up for pre-orders in Finland ranging at EUR 269 or $290 and all set to go on sale later this month. It will be available in Black and White variants as of now and later a special edition on Gold and Blue around March.