The Firefox has started their latest new marketing trend where the developers will get an opportunity to get mobiles in exchange of creating applications based on the HTML 5 platform.

This is a non-profit venture organized by the Mozilla community, where they promised to distribute the free mobiles to developers in a workshop organized for the developers.

According to the gadget gurus it is highly speculated that OS of Firefox is going to be a big change in the smart phone arena. The Operating system from the Mozilla puts forth some interesting facts about their latest innovation.

Let us take an in-depth look at this Operating system from the Firefox: 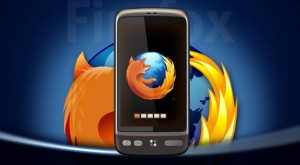 Version: The operating system from the Firefox is not aiming for the top notch competition with the big brands of Galaxy S4; I phone 5 or Google’s Nexus 4 in its very infancy stage. The Firefox is all set to change the browser function of the age old mobiles. For example anybody who used the Sony Ericson mobiles or the Motorola slip in mobiles they know how hard it was to use the browser in mobile. Thus Firefox is in the aim to change the browser definition for those mobile users who cannot afford to buy a smart phone experience.

Hardware: Just like android it is of low price in availability with the absence of license cost from the manufacturers end.  In comparison to Android’s Jelly Bean which functions on 320MB RAM, the Firefox operating system requires only 256 MB RAM. This is one of the biggest advantages for the manufacturers to keep the price down for the compatibility of the mobile handsets.

Software: There seems to be a huge expectation from Firefox operating system to have a good share in the budget provided that the cost of hardware goes simultaneously. This is not regarded as a tough thing as the Android is quite cheap in cost to its manufacturers. But when it comes to Firefox, they need to be clean and fine with their reputation. Secondly, Firefox will run application on the web based languages like CSS, HTML 5 and Java thus it will resulting better flexibility.

Thus, it can sum up that the Firefox Operating system is coming up with huge expectations.

As, Mozilla has always proved themselves of a large storage for installations and the software developers are going to ride on the milky way through this , it’s a matter of time to check how the OS takes on the others.