HP also joins the club of Windows 10 devices along with Microsoft by launching a series of gadgets that runs on Windows 10. These launches can be interpreted as a strong challenge to Microsoft Surface Pro and Surface Book, especially on the occasion in which they have announced their launch last day. HP is the first ever company to launch Windows 10 gadgets after Microsoft. The new series of gadgets introduced by HP to the market are HP Spectre x2 Hybrid, HP Spectre x360 Clamshell Lap, HP Envy, HP Envy Curved All-in-One and HP Envy Note 8 tab. 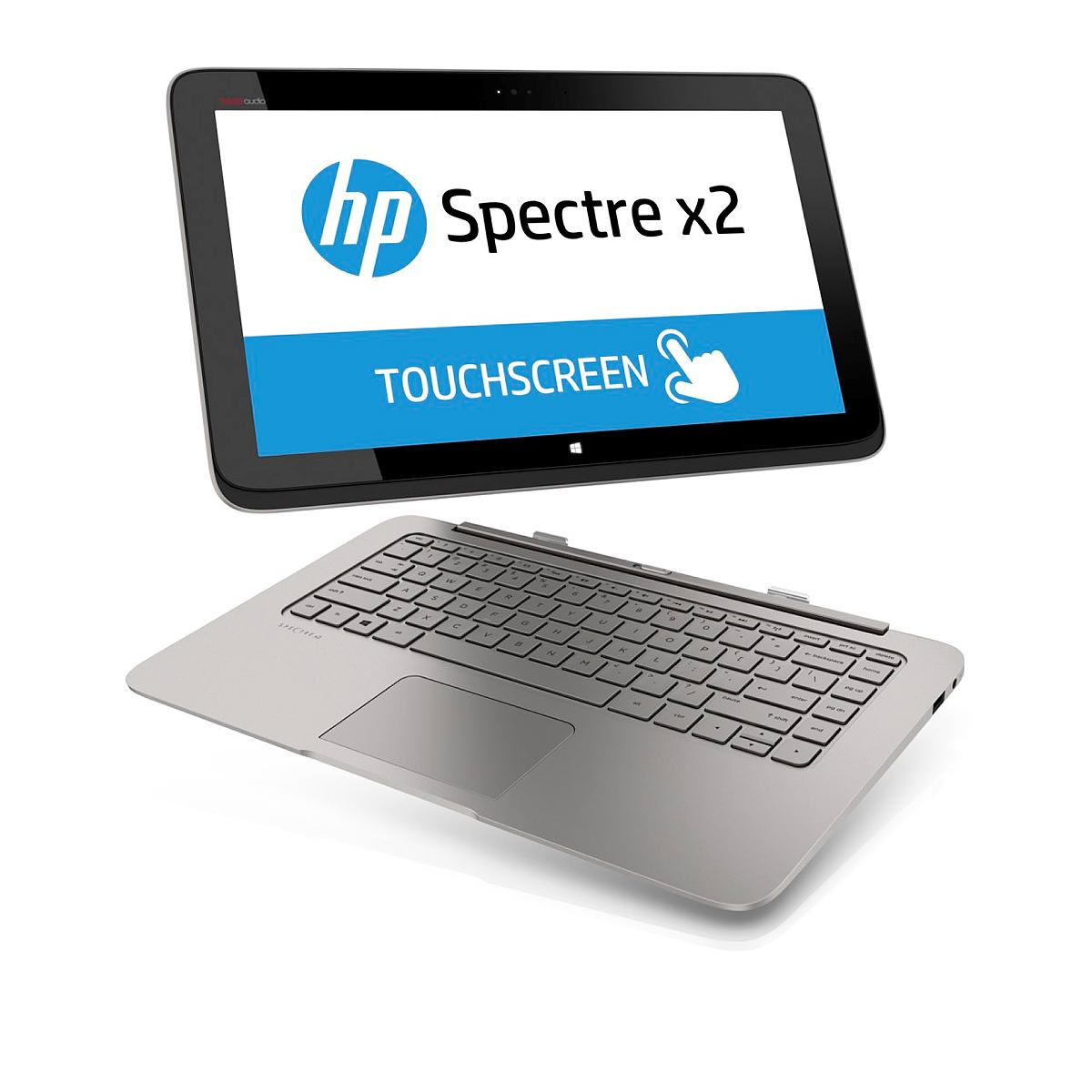 This gadget seems to be a right competitor for Surface series of Microsoft. The screen is loaded with 12 inched IPS panel with a screen resolution of 1920*1080 pixels. This device runs on Core M processor from Intel with 8GB RAM.The device has been provided an inbuilt storage capacity that varies from 128GB, 256GB and 512GB according to the pricing of the device. The case also packed with two Type C ports which ensure faster data transfer along with fast recharging. The package also includes an adapter which helps the user to connect the device to old fashioned USB devices. The sound system delivers maximum sound with the help of four Bang and Olufsen speakers. They are placed in such a way that two of them at the back and the other two at the front side of the device, delivering better sound experience to its users.Just like Microsoft Surface Book, its keyboard is lighted, so that it can be used for typing even at night.The keyboard has a thickness of 5mm and is broad enough to include the keys and a touchpad also. The battery can keep the device upto 10 hours live on single charging. The device weighs upto 2.7 pounds when keypad is connected and when detached, it weighs only 1.8 pounds. The case is built in such a way that the base is made of fabrics and top made of aluminium. But the device is barely a competitor to Surface Book since it doesn’t have Core i5 or i7 processor to power the gadget. 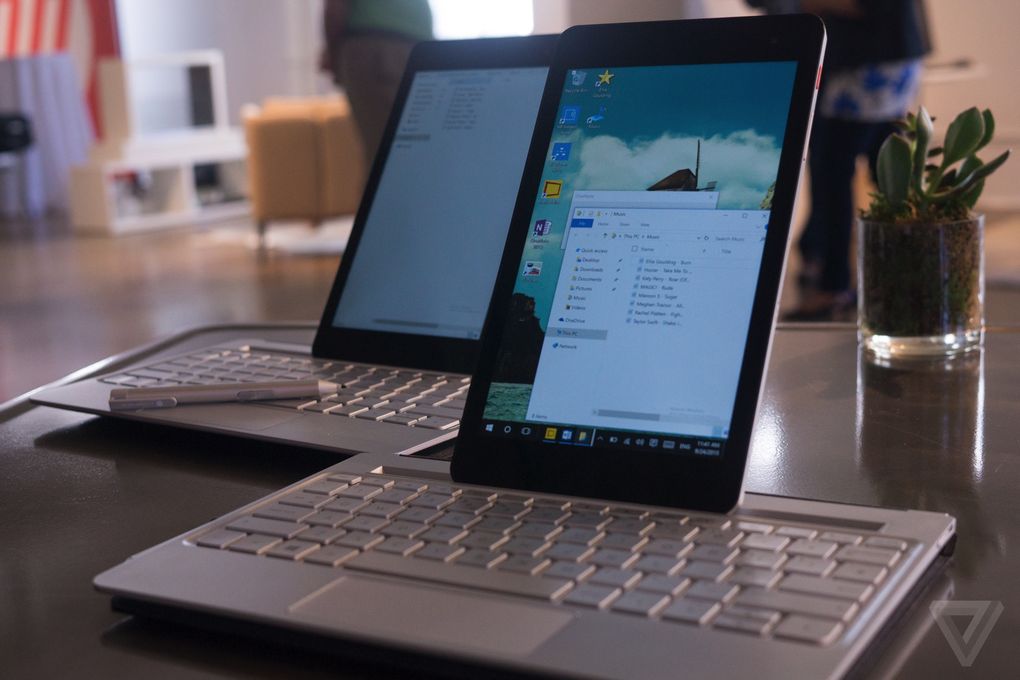 HP Envy Note 8 is an 8-inched tab, but seems like an extra ordinary device. It is so because its keyboard is nearly 10 inches wide, which when connected with the device, will look weird. The screen resolution of this device is managed at 1080 pixels and high definition is enabled with Corning Gorilla Glass 3. The device is powered by Atom x5-Z8300 processor from Intel loaded with Intel HD Graphics delivering a processing speed of 1.44 GHz which can be elevated upto 1.84 GHz in Turbo Mode. The battery of the device is extensive enough to keep the device live for more than 6 hours. Data connectivity is possible with the help of high speed LTE module. The device is also integrated with primary camera of 5MP with autofocus feature. The front cam is loaded with 2MP lens. The device also is loaded with other features like micro SIM slot, micro SD card reader, micro USB v2.0 port, used both for charging the device as well as connecting other devices.The Envy Note 8 will be released initially in United States where it will be available for purchase on official website of HP by 8th of November. The tab is tagged at a price of $329. When the pack is bundled with keyboard, the price will become $429.The above gadgets are the two main models launched by HP loaded with Windows 10. But they have also launched few more gadgets loaded with Windows 10 and also upgraded some other ones also. Let us see have a glance through those models.

This device has been made powerful and efficient by integrating sixth generation processors from Intel such as Core i5 and Core i7. These devices will be tagged at a price of $1299. The device will be available initially in US by November 8th.HP claims that Envy is the thinnest notebook that they have ever made. This notebook has a weight of 2.8 pounds and has a thickness of 13mm. This device has been loaded with Intel Core sixth generation i-Core processors which deliver most advanced performance. HP will launch this device in US markets initially. You can buy this gadget from October 18th onwards for a price of $849.

This is one of the largest personal computers featuring a huge screen that measures to 34 inch curved screen. It has got a screen resolution measuring 2880*1620 pixels. The processor that makes it function comes from Intel sixth generation i-Core processors integrated with Nvidia 960 GUI. Non-curved variants of Envy are also available with a screen size of 24 inches and 27 inches. They are powered by AMD Radeon R9 processors. The 34 inched variant is tagged with a price of $1799. This will be released in US markets initially by 8th of November.