‘Just Google it’ is always a learner or seeker friendly tagline.  Google; the multinational giant succeeded in regaining its focus on the educational sector with its advancements made on Chromebooks. Google has announced two new Chromebooks, having bulk buyers of educational sector in mind. Fast, less expensive Chromebooks are all set to have the attention of students and educators. 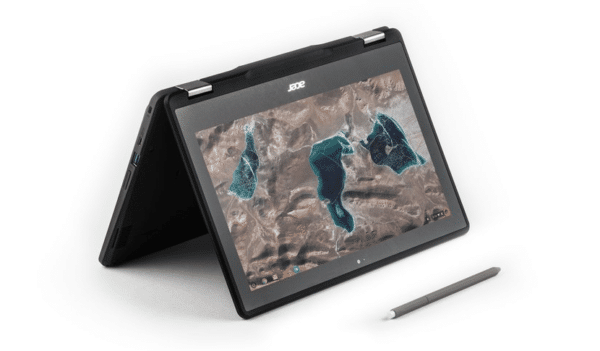 Acer Chromebook Spin 11 and Asus C213 are the new Chromebooks announced by Google. Acer Chromebook Spin 11 is of 11 inch HD IPS display layered with Gorilla 3 and a 360-degree hinge that enables various configurations. The Wacom Electromagnetic Resonance stylus and MIL-STD 810 GS military standard rating are the highlights. It comes mainly in two variants. One is of dual core N3350 or Intel Celeron chipset. RAM is of 8GB and storage option extends up to 64 GBSSD. It also possesses connectivity features including Wi-Fi 802.11 ac, Bluetooth 4.2v, 2X USB 3.0 ports microSD card reader.

The Chromebook has a battery which lasts upto 10 hours and it weighs 1.4 Kg. On the other hand specs and details on Asus C213 are minimal apart from the expectation that it will be of 2-in-1 configuration, USB Type C, and alike Acer will possess an out of box Google Play Store.