Acer reveals two devices that functions on latest Windows 10. Both these devices were launched in Acer’s Windows 10 press event held at Taipei. The event focused on the fact that how the Windows 10 devices alter the method of interaction of people and how they could communicate with the rest of the world. The devices are loaded with features like Cortana, Continuum, Edge and Xbox. The latest Aspire R14 is featured with diamond cut edge along with 360-degree turn around hinges, which provides room for four usage modes. Aspire Z3-700 is a multi-use tablet cum PC, which provides you a better visual and audio experience.

Both the devices are loaded with latest Windows 10 as their Operating System. They are integrated with the special feature of Acer Purified along with dual-digital microphones. Improved Digital Signal Processingwhich eliminates background noise and enhanced speech accuracy provides a better experience tousers, while usingCortana. Both the devices are loaded with Acer TrueHarmony Plus feature that delivers Dolby audio experience to its users. Another feature associated with these devices is the Acer BluelightShield, which can lessen the blue light discharge, thereby reducing pressure on eyes while looking at the screen. 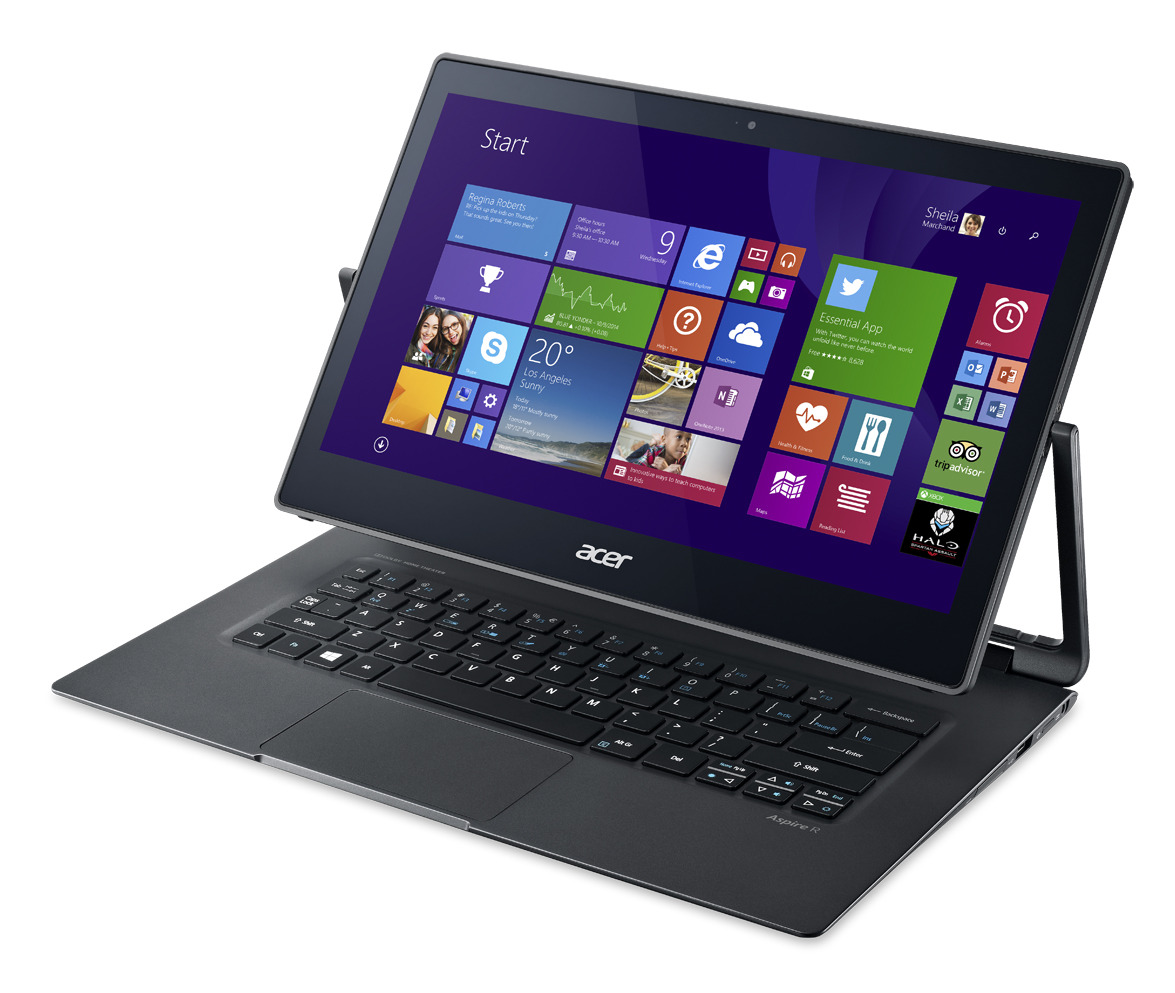 The device is featured with metallic designing integrated with diamond cut edge designing. The system also has hinges with 360-degree capability, which gives you the opportunity for four usage modes namely tablet, display, tent and laptop modes. The Continuum feature helps the users to switch between PC mode and Tablet mode without any complications. At the heart Aspire R14 is embedded with Intel Core Processors with 8GB RAM and SSD storage. The processor ensures that the system functions without any lag on performance side. On communication end, this device is loaded with MU-MIMO technology, which promises 3 times faster downloads when compared to similar 802.11ac devices. The 14-inched device is weighed at 1.9kg with a thickness of 18.5mm.

This device is powered by Pentium or Celeron processor from Intel family integrated with 8GB RAM and has optional storage facility of either SSD or HDD. The screen size of the device is measured at 17.3 inches along with a screen resolution of 1920*1080 pixels and is having a thickness of 15.6mm. The screen features a complete HD with 10 point capacitive multi-touch specialty. The device has a weight of 2kg. The device also hastwo inbuilt kick stands which help the device to stay like a laptop or lie like a tablet.