The finished version of Apple’s new Photos App is now available to users for update. With the launch of OS X 10.0.3, which is a free update version includes the latest Photos App along with certain other features which comes in handy for the users of Apple iPhones or iPads or Macs. Another important highlight is that the new OS will replace the present operating system that run for the past five months in the devices.

The new app was developed with the objective to replace iPhoto and Aperture. It is intended to deliver improved features to the users who would like to do better editing works and other things to the images that they have captured using their devices. The introduction of new app marked the death of iPhoto. The new app effectively replaced and modernized the old app in the device. Let us have a look to the new features of Photos.

The new app provides the users an opportunity to sort out special photos as well as videos. It also helps the user of the device to see certain albums that you have shared with your friends on the main list. The new app also features a new auto crop tool which enables the user to check out the horizon and adjusts accordingly. The all new innovative zoomed out view helps to make the thumbnails so small. It also provides you with new square book formats while you print images using Apple device.

Even though certain new features are seen in Photos, certain old features that were available in iPhoto were kicked out from the new app. Left out features such as star rating system was replaced by liking images by using hearts. Attaching photos to Yosemite’s Mai app replaced the Mail Tool. Major attracting feature present in the old iPhoto was the connecting tools with Flickr and Facebook which was replaced by Apple’s system wide sharing feature. The Geotag was given way to simple search of place from where the images were taken. 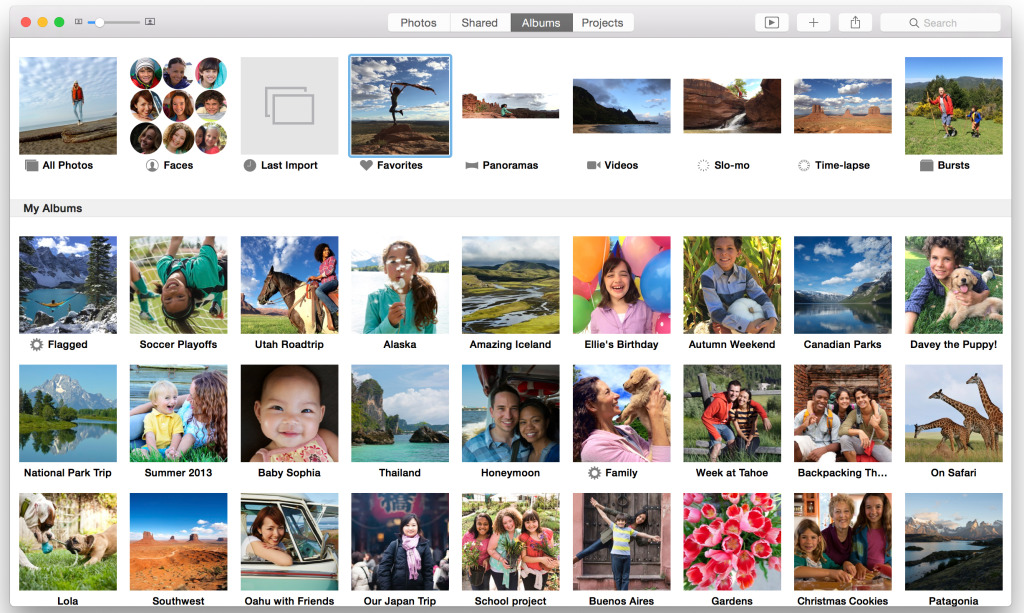 Anyway the update of the operating system seems to be worth enough from user’s perspective. The iCloud Photo Library helps to get connected itself with photos and videos from various devices instantly. This will allow the user to have a copy of their image gallery in the cloud. But the advantage of the cloud storage depends on the payment made for the upgrade of iCloud storage facilities in the Apple device of your choice.

The Photos App was a prototype concept announced by Apple during last June. Research and development team of Apple made this possible by early February of this year. Apple made available on its Appleseed testing program to have a detailed and thorough checking for any potential bugs present in the new OS. Now it is made available for the iPhone or iPad or Mac users for free download and update of their operating system. Apple claims that the new update will definitely change the face of the world. It is expected to improve the WiFi performance of the handset.

Thus with the introduction of new OS X 10.10.3, Apple try to deliver something new and special for the users. With this launch of new update, old version was just kicked out due its outdated performance. The new feature is expected to be loved definitely by snappers all across the worlds. The cloud facility could act as a secondary advantage that will come in handy for you. Company expects every Apple gadget holder will go for this update which is available absolutely at free of cost. Again this will also suffer with the problem of outdating, and then they are expected to get replaced with something better.